New Structural Financial Economics (NSFE) is a research approach based on China’s specific economic development condition, institutional and technological arrangement, adopting a unique gradualism or dual-track reform strategy, to study China’s financial market performance, financial policy design, financial system evolvement, and financial agent behavior. To promote cutting-edge academic research along the line of NSFE, the Research Center for New Structural Financial Economics (the Center) was recently launched by the Tsinghua University National Institute of Financial Research. The primary objective of the Center is to establish the theoretical paradigm of new structural financial economics. With an emphasis on academic research, researchers at the Center are expected to conduct research on related topics and write top quality papers, and later on researchers may explore policy implications of their academic papers. The Center held its first meeting on March 22, 2017 since its launch early this year. More than 20 economists from Tsinghua University, Peking University, and other top schools attended the meeting, including Honorary Director of the Center and Professor Justin Yifu Lin, Director and Professor Hao Zhou, Deputy Director and Associate Professor Hao Wang, Professor Laura Liu, and Professor Jiandong Ju, among others.

Director Hao Zhou introduced the background of the Center. He said that new structural financial economics is intimately related to the research on China’s financial issues. In recent years, a fast growing number of academics worldwide are interested in this field. For example, Professor Darrell Duffie from Stanford University started teaching a course on China’s Financial Stability since 2015. Similarly, Professor Wei Xiong from Princeton University launched a course on China’s Financial System around the same time. To promote research in new structural financial economics especially among the Chinese academics, it is essential to build such a platform – the Center. Through the platform, economists can not only focus on seminal works in this new field, but also exchange research ideas and accomplish career advancement. The Center is expected to be a pioneer academic institution specializing in China’s financial economics research and a leading think tank specializing in China’s financial policy. Director Zhou and other researchers in the Center would work together to achieve such a goal. 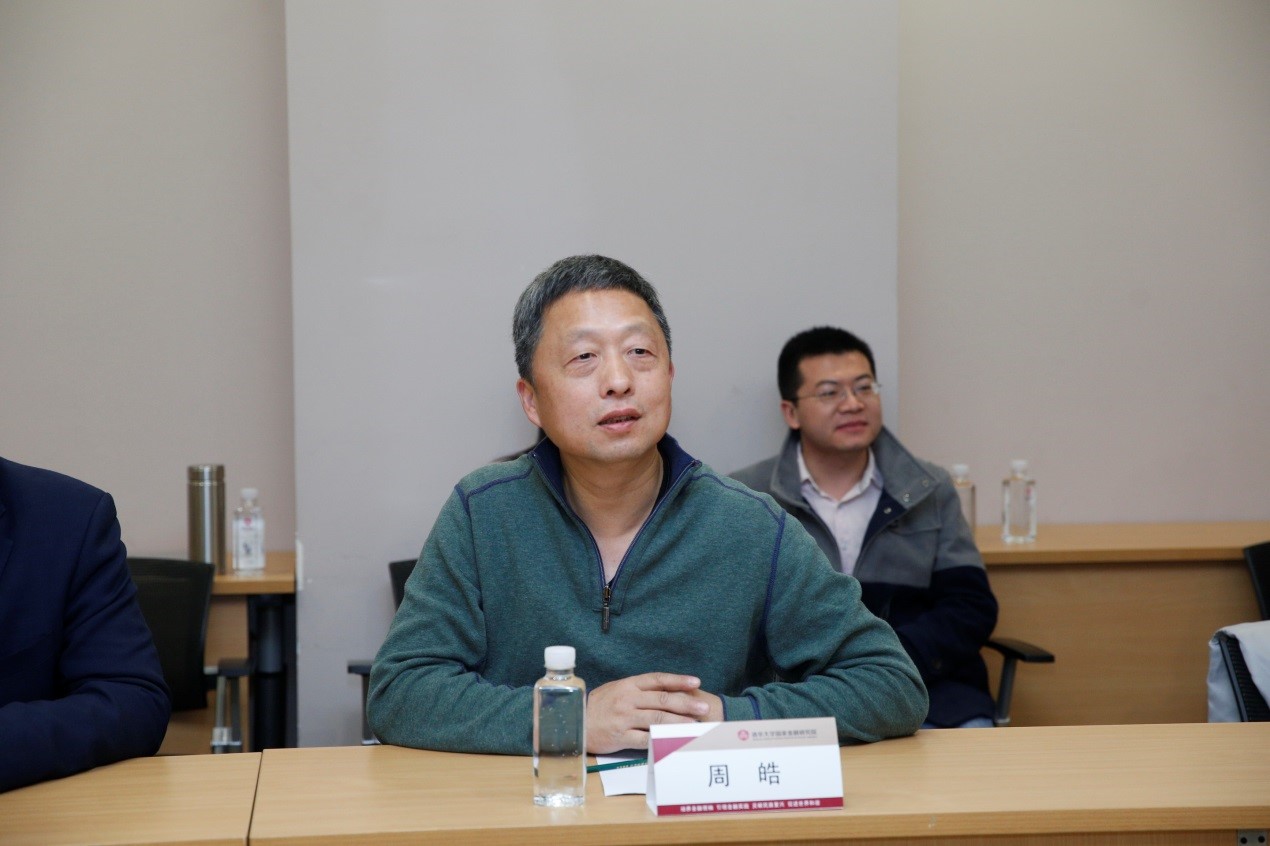 Honorary Director Justin Lin explained in detail the concept of new structural financial economics. The factor endowment (labor, capital, natural resources, etc.) and its structure are essential to economic growth, not only since endowment structure dictates the comparative advantages of in economy, but also because technological change and industrial development are endogenous to endowment and its structure. Economic development strategies in China should be grounded in current endowment structure and exploit our own comparative advantages, so that we can accomplish industrial upgrading and economic growth more efficiently. At present, the theoretical frameworks of Western mainstream economics research have been relatively mature. However, such frameworks are built upon major economic issues in developed countries whose endowment structure changes quite differently and at a much slower pace than that of developing countries. That is why we do not observe endowment structure as an important factor in those theoretical economics frameworks oriented towards advanced countries. In fact, the economic growth in developed countries and developing countries differ not only quantitatively but also qualitatively. According to Professor Lin, when analyzing economic issues in developing countries, “structure” should be a key variable or factor. He first came up with this new framework of thinking about development and named it as “new structural economics.” In finance, traditional research focuses on two fields, asset pricing at the macro level and corporate finance at the micro level. Research in both fields would be concerned with a financial system consisted of financial institutions and financial products. Such a financial system is endowed with a structure, such as market structure, investor structure, supervision mechanisms, and laws and regulations etc. As economic and financial structures evolve, the agents have different demand for capital and preference of risk. For a particular stage of economic development, there is a particular financial structure that could allocate capital most efficiently. Research on the optimal financial structure of an economy given endowment structure can help developing countries like China to achieve fast and sustainable economic growth. This topic is closely related to “new structural economics”. Therefore, we call it “new structural financial economics”. Professor Lin then discussed the history of economic development and the evolvement of economics research. From Adam Smith’s first modern work of economics to 1940s, the world’s economic center as well as the world’s economics research center had been the Great Britain. The First World War and its aftermath changed this pattern: the U.S. became the center of global economic growth since 1940s and later on the center of global economics research. According to Professor Lin, in the near future, China’s GDP would catch up with the U.S. level, though GDP per capita would still be lower. By the principle of diminishing marginal returns, China’s GDP growth rate at that time would continue to be higher than the U.S. Around 2050, China’s GDP would be twice that of the U.S. That is to say, the world’s economic center would move to China in the foreseeable future. In the view of Justin Lin, economic issues in major economies are issues of great importance. Economists who can explain these issues would be among the most influential thinkers. “We are sitting on a gold mine, full of challenging economic questions about China.” Chinese economists should confront the unique empirical evidences in China and bring up creative theories and models, rather than following the Western economics paradigms and trying to micro-improve the models as becoming more and more complex technically. According to Justin, as China’s economic issues become more and more important around the world, it is a great opportunity for Chinese economists to make major contributions – it remains challenging for non-native economists to clearly understand China’s economic issues. Therefore, the 21st century is going to be an era of great Chinese economists, who should work in forward-looking manner and on creative research topics. One illustrative research topic would be: in the current stage of economic development, is our financial structure optimal? If not, what results in the deviations from the optimal one? How to correct such deviations? To achieve these lofty goals, coordination of administrative and organizational efforts, enhancing marketing and publicity are all very important to facilitate the path-breaking research. Therefore, the establishment of the Center greatly advances such an agenda. The Center would provide full support to scholars who work in this field. The passionate talk by Professor Justin Lin stimulated heated exchanges among the workshop participants. 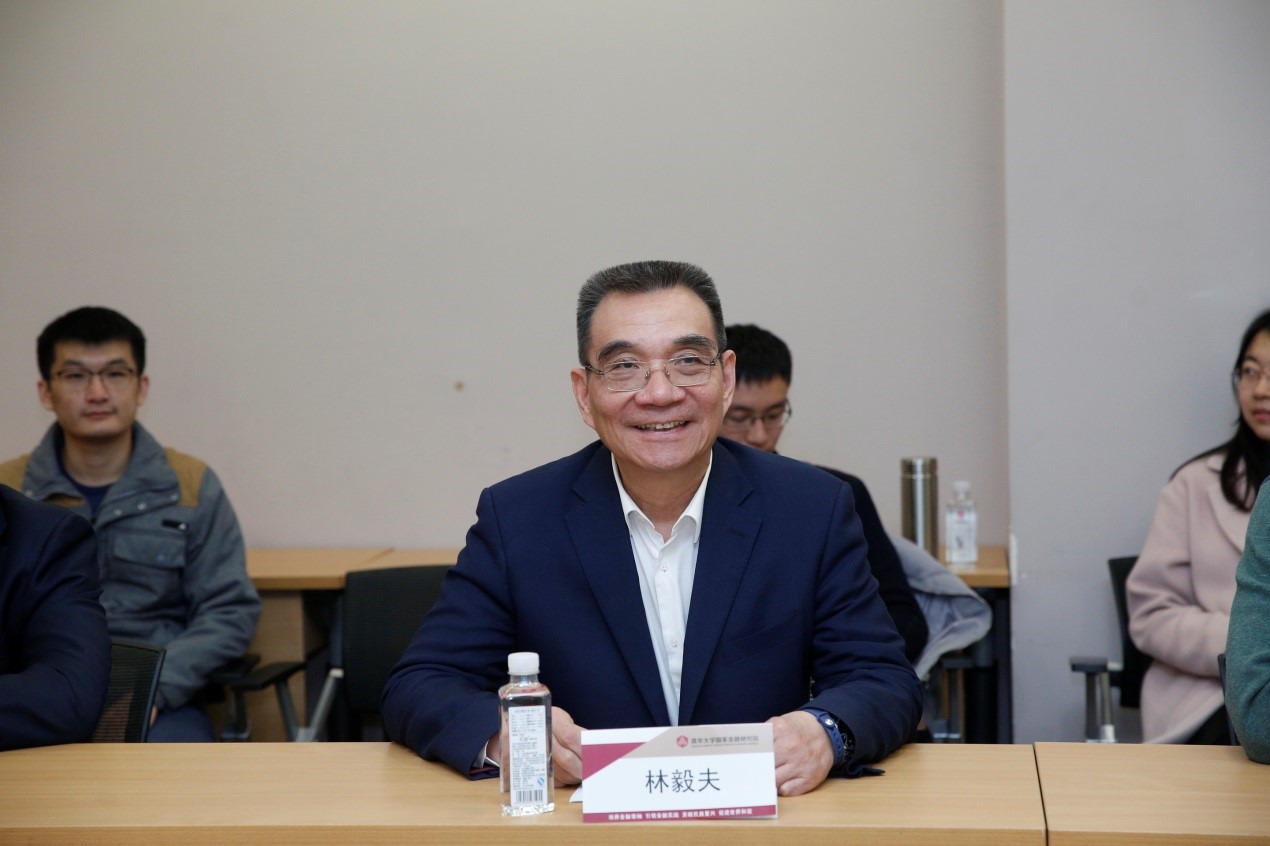 Professor Jiandong Ju discussed the neutrality of financial sector with respect to real economy and pointed out several fallacies in current theoretical research. For example, most of the current research focuses on static models: contract theory models in corporate finance usually have a 3-period setup; asset pricing models mostly analyze steady state results. Moreover, there is no satisfying framework for understanding fluctuations – scholars simply attribute fluctuations to random shocks. He believed that financial practice in China can bring new insights to economic theory. Professor Yan Shen introduced her research on how technological advancements influences finance and how digital finance boosts economic development. Professor Hong Zhang talked about his understandings on the interplay of social structure and market structure and how it is related to culture. Professor Jinhui Bai and Professor Tao Jin expressed their opinions on artificial intelligence. Professor Laura Liu provided detailed suggestions on the future plan and agenda of the Center. Professor Bo Li, Yuzhen Liu, Ya Tang, Caihui Fu also joined the discussion and exchanged their views on topics in new structural financial economics. 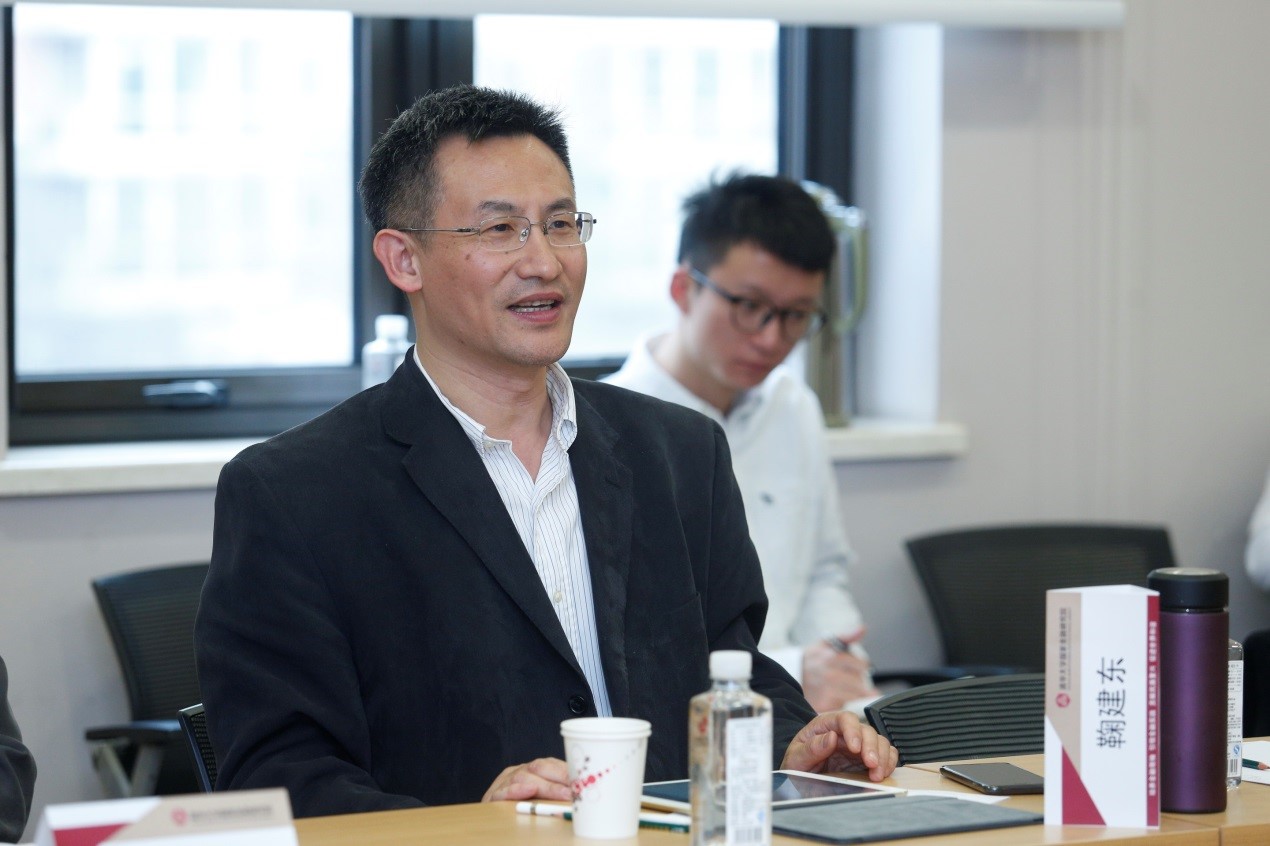 Director Hao Zhou gave concluding remarks in the end. He proposed a future plan of the Center. According to him, the Center would offer a course on new structural financial economics, hold seminars on China’s financial issues, explore an academic journal on related topics, and award outstanding research papers. Moreover, the Center would take advantage of the unique data resources at PBCSF, and open doors to distinguished scholars within China and around the world to visit and collaborate on related research projects. Researchers would dream big and work hard: the Center is the birth place of new structural financial economics now and would be the paradise of China’s financial research in the future. 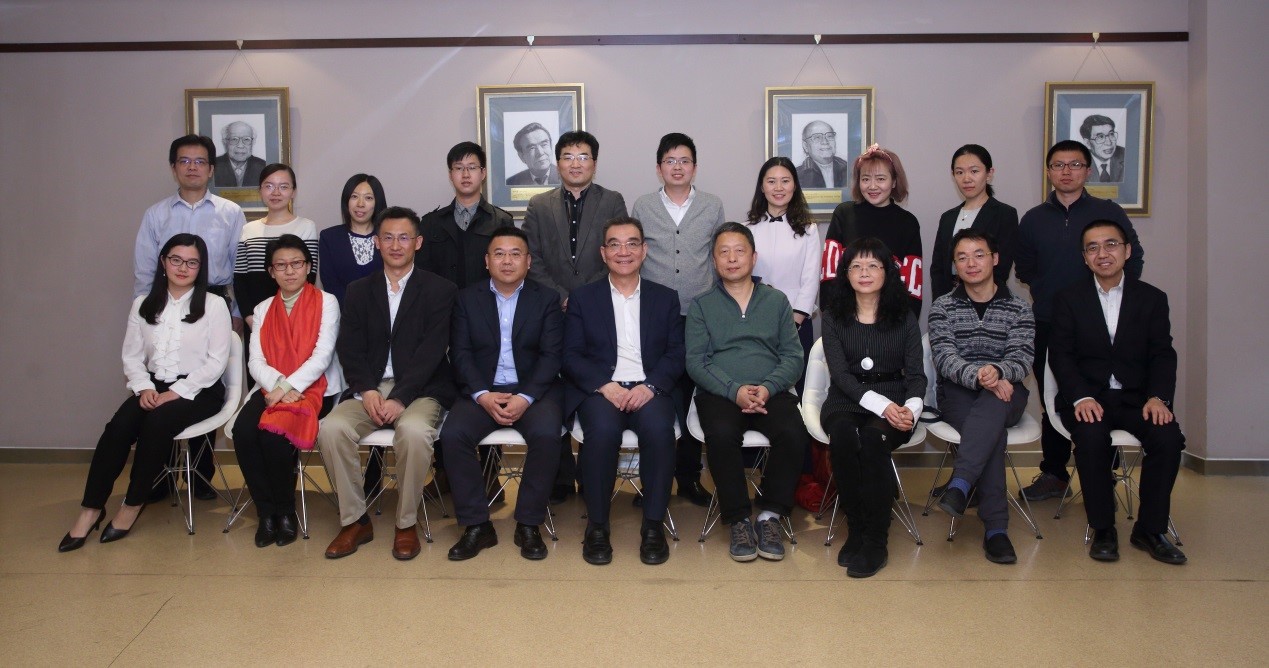